You can use generate button to capture events from the input Kafka topic into the file. Yo will be prompted to enter number of events to be captured. This feature works only if there is one Kafka input topic to the scenario.

A scenario can be tested with events coming from a file; this can be very handy if several test passes on the same input events are needed before the scenario is deemed ready. Similarly as with test data capture, this feature works only if there is one Kafka input topic to the scenario.

If you want to read more than 20 records from file, you will need to change testing settings. 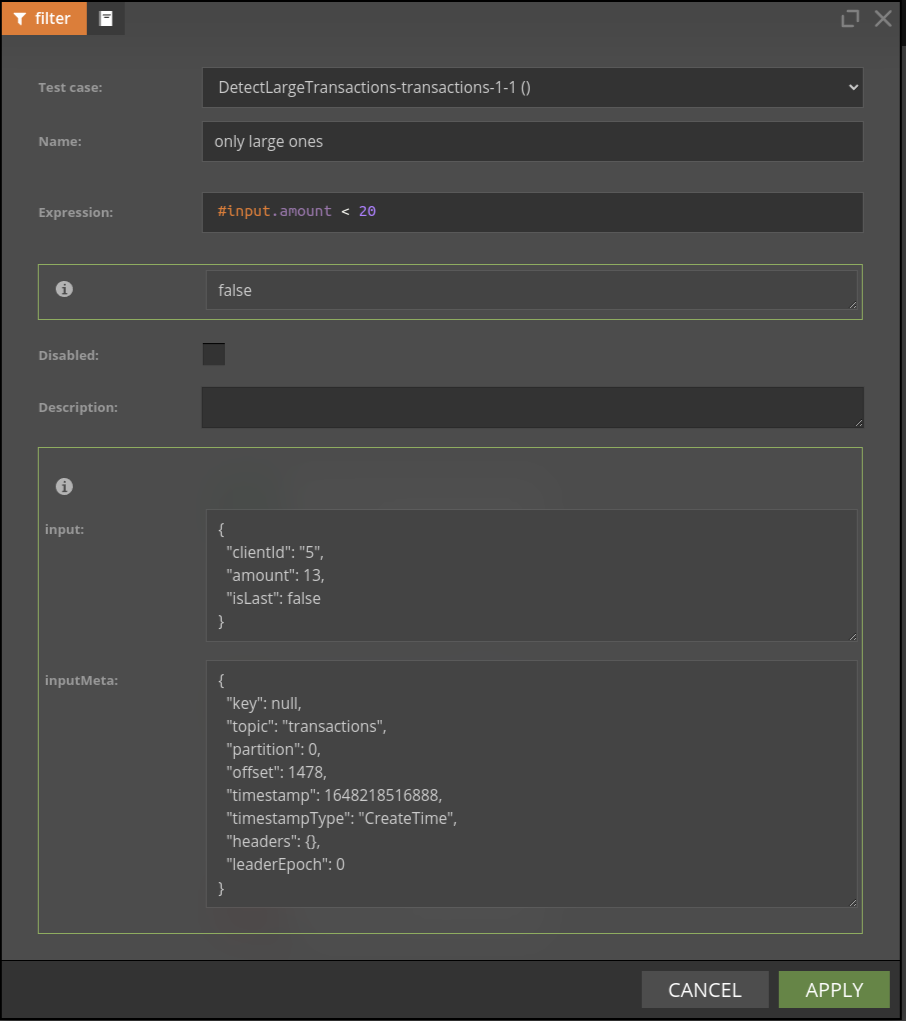 You can also watch this video to see debugging functionality in action.

Understanding how many events passed through a given node can be very handy during debugging - choose counts button to see the counts snapshoot. The number displayed is the number of events which entered a given node.

In some edge cases, you may need to change algorithm used for counts computations - consult the counts configuration for details. 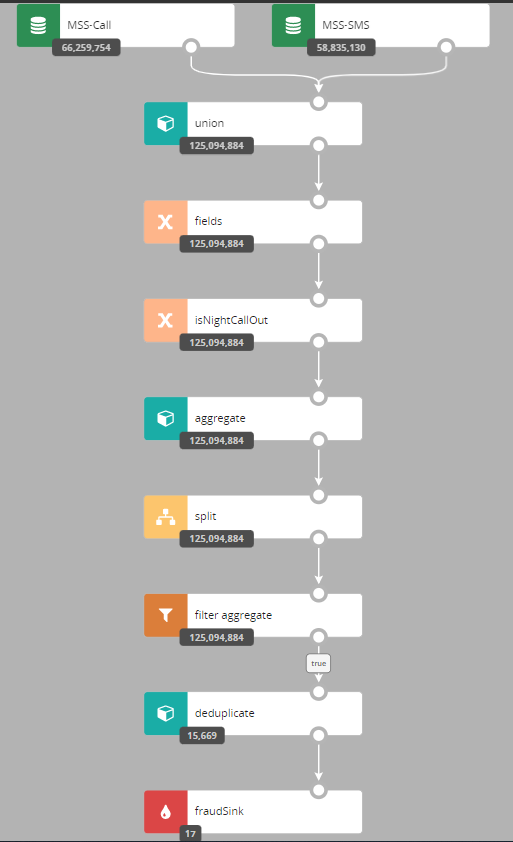