To fully understand how Nussknacker works with Kafka topics, it's best to read the following first:

If you want to use Streaming-Flink processing engine, this is also recommended:

The kafka-avro sink configuration form will show a list of fields defined in Schema Registry for the given topic. The result of the expression entered in the Key field will be used as a partitioning key when sending the record to Kafka. 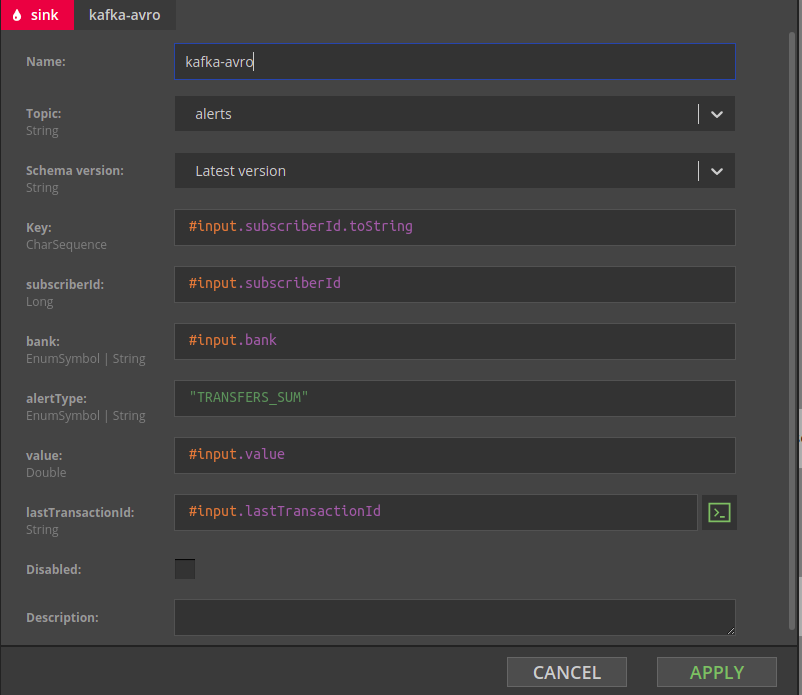 The above kafka-avro sink configuration was automatically generated by Nussknacker based on the following pair of definitions (subjects) in the Schema Registry.

Similarly to Kafka-avro source, Nussknacker Designer knows in this case what data to expect in the Kafka events: it will hint field names and will perform additional validations on SpEL expressions involving data from the audit topic.